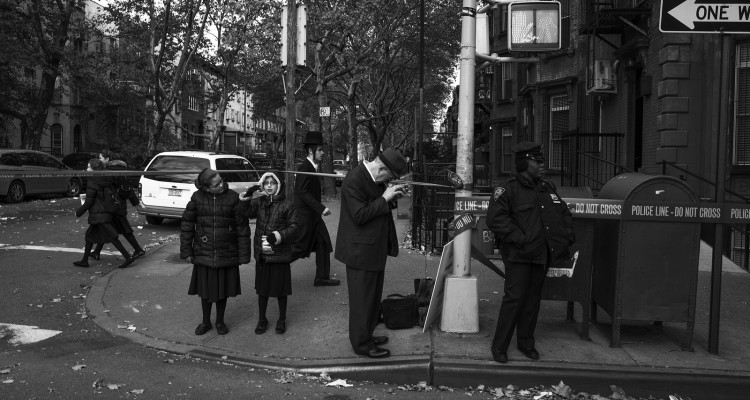 Or why you want to stay out of Rikers!

This post written by me initially appeared on the Onboard Blog

New York City recently released its new crime visualization app CompStat 2 which provides public access to the same crime statistics used by the NYPD.   The NY Post, as part of its coverage, contacted us to provide some analysis and insight on the data behind the tool.  The NYC crime incidence data is a valuable resource that can help us understand where and when crimes occur and enable us to deploy city resources more effectively.   And New Yorker’s can know access this data visually to help understand their community and potential safety issues.

The results were published this Sunday in Dean Balsamini’s feature Do you live on one of New York’s most dangerous blocks?

Why did the New York Post look to us for the analysis?

Because the data behind the tool is complex.

At its heart, the CompStat dataset is a geo-spatial incidence file of crimes.  Each felony is coded to a latitude and longitude.  But these aren’t the actual crime locations!  Instead, to protect victims, crimes are coded to intersections and mid-block points.  Rapes are further generalized by assignment to police station locations.  And many crimes have no address component at all.  We were able to leverage or spatial data processing capabilities to evaluate the data, associate it with neighborhoods, and perform aggregation analysis.

What trends did we see?

The data itself is complex and contains many biases based on how information is input to the system.   We have to be careful to acknowledge these biases when drawing conclusions.  We did notice a few conspicuous trends worth highlighting.

For example, the blocks where New York’s major prisons and hospitals are located, such as Rikers Island, Bellevue and NY Presbyterian, fell into the top ten for Felony Assaults.  In fact, the top crime block overall in the city is Hazen Street on Rikers Island.  But these crimes are really committed inside the facility and between inmates and not out on the street.  The hospitals also aren’t located in the city’s most dangerous neighborhoods.  So what’s going on here?  We need to understand how location information is determined and entered to CompStat.  Most of these assaults took place elsewhere and were reported only at the point of treatment – the only available address – with no subsequent location information provided.

Rape incidents also provide a special case in the data.  In the data we see that all rape incidents are recorded to just a handful of blocks in the city.  Are these really hot spots for sexual assaults?  In fact, city rape incident reporting policy is at play – designed to protect victim anonymity – which associates rape incidents with the address of the local Precinct.

Not surprisingly, we found large concentrations of larceny incidents in and around major tourist, shopping and event hubs including several malls, a racetrack, Penn Station / Times Square and Fifth Avenue’s prime shopping blocks.  Unlike crime risk indexes, incident counts indexed against resident population for the area.  Often, high counts relate more to volume of foot traffic instead.  Wherever large numbers of people congregate there can be opportunity for this type of crime.  Compared to the average block in the city, these locations experience vastly more foot traffic from tourist and commuters.   Again, these high incident blocks are within generally low risk crime areas.

Unfortunately, the data also illustrates how lower incomes, crowding, and quality of housing can correlate with certain types of crime in our cities.  Many of the blocks with high concentrations of violent crimes are located in the city’s affordable and subsidized housing areas.   Analyzing the incident data to find these correlations can hopefully lead to more action by city leaders in improving the underlying conditions in these communities.

This data is already being used by the NYPD to help define patrol routes and assignments.  Along with location, CompStat reports date and time enabling analysis by time of day, day of week, time of year, typical pay dates and rent due dates.   With these correlations, our public services can deploy their limited resources more efficiently not only to respond to reported crimes but also deter them.